Real Madrid coach Carlo Ancelotti confirmed on Friday Casemiro is keen to leave the European champions as Manchester United close in on the Brazilian international.

According to the BBC and The Athletic, United are set to pay an initial 60 million euros (£51 million, $61 million) plus a further 10 million euros in add-ons for the 30-year-old.

“I spoke with him this morning. He wants to try a new challenge, a new opportunity and I and the club understand that,” said Ancelotti

“For what Casemiro has done for this club and the person that he is, we have to respect his wishes. Now there are negotiations, nothing is official and he remains a Real Madrid player, but his desire is to leave.

“If that happens and there is an agreement, we have the resources to replace him.”

Casemiro has won three La Liga titles and five Champions Leagues during nine years at Madrid as he formed a formidable midfield trio with Luka Modric and Toni Kroos.

However, his place in Ancelotti’s preferred starting line-up has come under threat by the signing of Aurelien Tchouameni this summer for a fee that could rise to 100 million euros.

United are badly in need of new recruits after a miserable start to Erik ten Hag’s reign has left them bottom of the Premier League for the first time in 30 years.

The Red Devils will reportedly make Casemiro one of the top earners in the Premier League with a four-year deal at Old Trafford along with a club option to extend that contract by an extra season.

A lack of new signings has been one of the issues blamed for embarrassing defeats to Brighton and Brentford with Lisandro Martinez, Christian Eriksen and Tyrell Malacia the only additions to Ten Hag’s squad so far.

Worse could still be to come for United with Liverpool up next at Old Trafford on Monday.

Even if talks progress smoothly in the coming hours, Casemiro will not be registered in time to feature in that match. 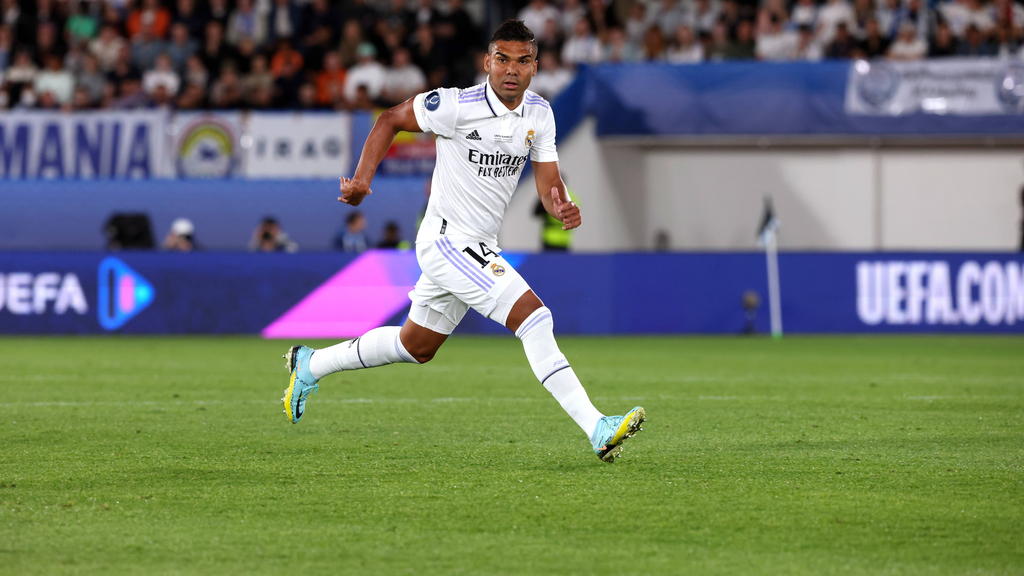